Abstract:
Introduction: Determining the patient’s readiness for weaning from mechanical ventilation and predicting the weaning outcomes are important issues that should be carefully evaluated and the risks of delay in weaning and increased mortality rates should be avoided. The aim of this study was to compare the outcomes of weaning with current and IWIbased methods in patients admitted to the intensive care units.

Materials and methods: This was a prospective clinical trial – one blind – multicenter study where 124 adult patients, who were mechanically ventilated for more than 24 hours, were evaluated in 2 groups of current and IWI-based methods (62 in each group). Initially, in current method, the rates of successful and unsuccessful weaning were evaluated in 62 patients and the threshold value of IWI was determined. In this group, the readiness for weaning and the decision to return to mechanical ventilation was made by physician in charge (who was completely blind to the result of the indexes evaluated). Then, after training the IWI to the medical team responsible for weaning, in 62 patients of the second group, weaning was made based on this index and the rates of successful and unsuccessful weaning were assessed. Ultimately, the rate of successful and failure weaning of the two groups was compared. 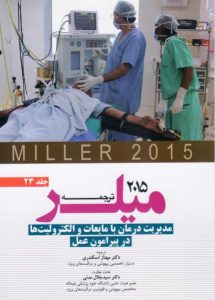 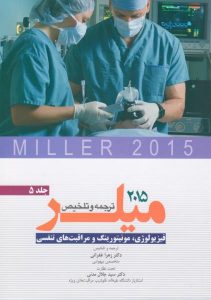 Abstract:
Introduction: Nowadays, Non-communicable diseases are widespread due to modernization of societies, technology
development, population density in urban areas and changes in life style. Variety of cardiovascular diseases are the most
common causes of death and important factors of failure in most countries including Iran. This study was conducted to
determine the effect of progressive muscle relaxation on the lifestyle of patients with myocardial infarction.
Methods: In this randomized double-blind clinical trial, after sampling, 66 patients were randomly selected and assigned
to either the control or test group. An orientation session was held to explain the research goals and intervention. The test
group did the progressive muscle relaxation technique, two 20-30 minutes sessions daily for 2 months (120 sessions). Data
collection tools were demographic information questionnaire, lifestyle questionnaire and self report check list.
Results: Independent t- test and mann-whitney U showed there are no significant differences in four aspects of life before
the intervention, but these differences were significant after the intervention(P<0.05). ANOVA with repeated measures in
three different times (before, 1 and 2 months after intervention) showed significant difference between the two groups
(P<0.05).
Conclusion: Applying progressive muscle relaxation technique would modify, adjust and improve various aspects of
lifestyle of patients suffering myocardial infarction.
Keywords: Progressive muscle relaxation, Life style, Myocardial infarction, RCT.

Large amounts of normal saline infused in surgeries can cause hyperchloremic metabolic acidosis.

This study was designed to evaluate electrolyte and acid–base imbalances in the common fluid therapy method (normal saline) and the use of 1.4% sodium bicarbonate with normal saline fluid therapy during surgical laminectomy.

In this double-blind randomized clinical trial patients from 35 to 70 years in age, having American Society of Anesthesiologists physical status class I–II, candidation for cervical and lumbar laminectomy in Baqiyatallah Hospital (Tehran, Iran) in 2015 were enrolled. Patients were randomized into either two groups receiving 1.4% sodium bicarbonate and normal saline intravenous solutions for deficit fluid therapy during the surgery. Hemodynamics, arterial blood gases, and electrolytes levels were measured before and after surgery. Data were compared between the groups by SPSS.

The results of this study showed the superiority of 1.4% sodium bicarbonate fluid in controlling acid–base and electrolyte imbalances during this kind of surgery, but it should be verified by further studies.

Background: Today, usage of weaning index is a controversial issue. Proper use of these indexes is beneficial for prevention of the losses caused by weaning failure, rapid and reliable identification of patients who are potentially ready for spontaneous breathing and accelerating the weaning of mechanical ventilation.

Objectives: This study is to determine the validity of integrative weaning index as a mechanical ventilation discontinuation predictor in patients hospitalized in the Iranian intensive care units.

Patients and Methods: This scale was evaluated on 124 adult patients who were on mechanical ventilation for more than 24 hours, in two 24-hour phases, in six ICUs (Surgery-Trauma-Medical-Poisoning) of selected hospitals in Tehran, totaling 60 beds, by the researcher as a single blind test. Inclusion criteria were: Patient 18 to 80 years old, none of them suffering from neurological and neuromuscular diseases, none or a minimal dose of sedative drugs being used (15 – 18 points based on Palma and Cook criteria), non-addict or heavy smokers, not admitted in ICU-OH. The study was conducted from November 2011 to December 2012. The ventilators used were from Rafael brand.

This study was undertaken to assess the demographics, clinical parameters and outcomes of patients undergoing cardiopulmonary resuscitation (CPR), by the code blue team at our center to compare with other centers.

Data were collected retrospectively from all adult patients who underwent CPR at our hospital from 2007 to 2008. CPR was performed on 290 patients and it was given 313 times. Clinical outcomes of interest were survival at the end of CPR and survival at discharge from the hospital. Factors associated with survival were evaluated via binomial and chi square-tests.

In-hospital CPR for cardiopulmonary arrest was associated with 30.4% success at our center at the end of CPR but only 12% were alive at discharge. Duration of CPR >10 minutes was predictive of significantly decreased survival to discharge.

At present, the use of ventilator support is an important part of treatment in ICU patients. However, aside from its well-known advantages, the use of these devices is also associated with complications, the most important of which is pulmonary infection (PI). PI has a high rate of morbidity and mortality.

This study aimed to evaluate the prevalence of PI in mechanically-ventilated patients and the role that factors, such as age, sex, and duration of intubation, play in this regard.

This descriptive cross-sectional study evaluated the prevalence of PI in mechanically ventilated patients, with no underlying condition which could compromise their immune system. Age, sex, and duration of intubation were assessed. Data were analyzed using SPSS (version 16) software.

The prevalence of VAP in this study was approximately 43%, which is relatively high. In total, the percentage of deaths due to VAP among the patients was 18.91%. Duration of ventilator support was significantly correlated with the prevalence of PI.

We conducted a randomised controlled trial in which patients received either standard home CR or CR using the FCEM strategy. Patient empowerment was measured with FCEM questionnaires preintervention and postintervention for a total of 9 assessments. Quality of life, perceived stress, and state and trait anxiety were assessed using the 36-Item Short Form Health Survey (SF-36), the 14-item Perceived Stress, and the 20-item State and 20-item Trait Anxiety questionnaires, respectively.

The family-centred empowerment model may be an effective hybrid cardiac rehabilitation method for improving the physical and mental health of patients post-MI; however, further study is needed to validate these findings. Clinical Trials.gov identifier NCT02402582.